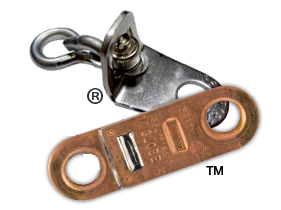 Inflammable or combustible tanks located inside buildings should consist of an automatic closing heat-actuated valve on each outlet connection situated below the liquid level to avoid continued flow of fire proximity to the tank.

The National Fire Protection Association (NFPA) also added to the above precautionary measures by stating that emergency shutoff valves should include the following mandatory means of closing, which states that fusible elements should have a melting point not exceeding 250 degrees F and should be equipped with automatic shutoff through therma (fire) actuation. Manual shutoff should be present both at a remote location and at the installed location.

Furthermore, all storage tanks containing highly inflammable or poisonous materials should be provided with a heat sensitive automatic closure valve on the inlet and outlet of the tank.

To manage fail-safe situations involving the use of combustible compounds, American valve manufacturing companies has created specialized fusible link assemblies made from carbon compounds. Wherever the temperature rises exorbitantly due to a fire, the main valve closes with the rupturing of the fusible link. Therefore, the spread of fire and the threat of explosion are considerably reduced as the flow of the flammable liquids or gases is stopped.

A fusible link functions as a fail-safe close valve in a containment system on a gas line, which cuts the flow through the pipeline during a fire. Fusible links offer protection against fire at tank farms, airports, and petroleum plants. Fusible link valve assemblies are found in storage tanks, carrying vessels, or mixing vessels to control the spread of fire by automatic shut-off of flow.